The Our Lady of Immaculate Conception Church, Panjim is also popularly called  ‘The Panjim Church’ by the people of Goa. The Panjim Church, situated on the slope of the Conceição Hill, with its majestic stairway, catches the eyes of any passerby. The Church is dedicated to Our Lady of Immaculate Conception. It has a rich history and it was originally one of the six 'hermitages' ('ermidas') referred to in the Convention dated 30th June 1541 between the Goaocares of Tiswadi Taluka (earlier known as "Concelho das Ilhas" and a representative of the "Fazenda").

On the 8th of December, the feast of Our Lady of Immaculate Conception is celebrated at the Church in great pomp and religious fervor. The church is artfully lit at night and a lively fair occupies the entire church square. There is a 3 day fete where people from all walks of life come to witness the sheer splendor of the Church and also to dabble in a few pricey bargains in the stalls. These stalls sell tiny miniatures, souvenirs, handicrafts, garments, sweets (called khajem by the locals), food and drink.

The exact date when the construction of the building of this 'ermida' started is not known, but it was ready before 1541 - the year when it was inaugurated. This was the first 'ermida', among others, constructed by Portuguesecraftsmen with financial help coming from the Government.

The Panjim 'ermida' was upgraded to a Parochial Church in the year 1600 by the Archbishop, Don Frei Aleixo de Menezes and Fr. João de Cunha from Portugal was appointed the first Vicar of this Church.

After several years, a need was felt to have a bigger Church as the original hermitage was not sufficient and the Catholic population had also increased. In view of this it was decided to extend the Church and this was done by rebuilding the it from its foundations. The new Church, so built, was inaugurated in the year 1619 by the Archbishop of Goa, Frei Cristóvão de Sá e Lisboa. 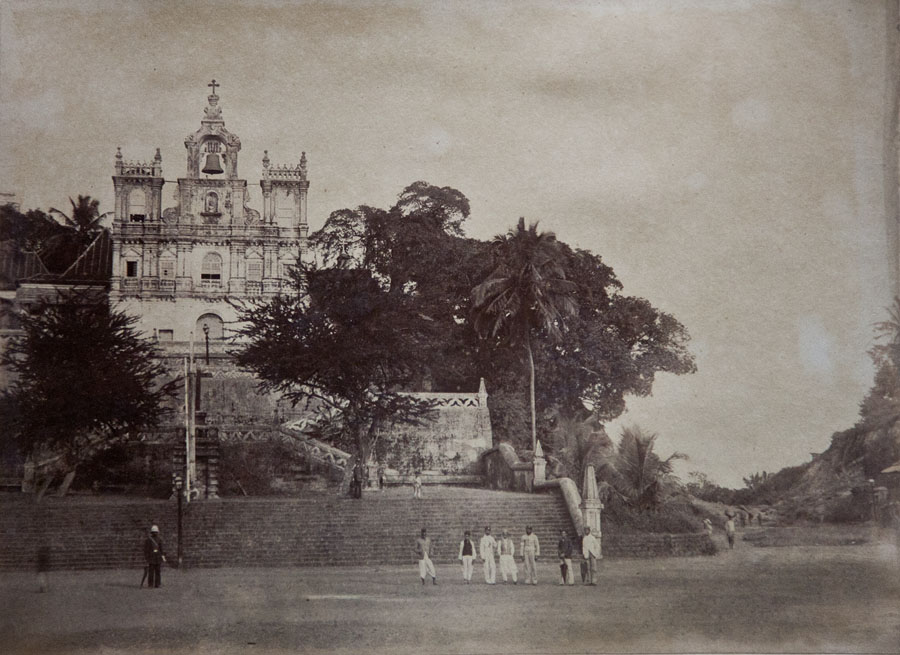 Our Lady of Immaculate Conception Church

Popularly known as: The Panjim Church

We are served by these holy men 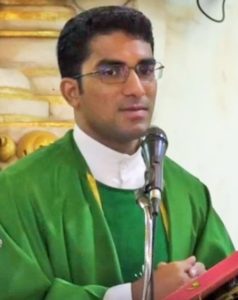 Asst. to the Parish Priest 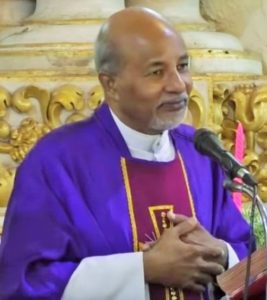 To reach the Church of Our Lady of Immaculate Conception Panjim, one has to climb 100 steps arranged in a majestic fashion, for the Church sits majestically atop a hillock dominating the heart of the city and offering a bird's eye view of the main square.